Stretchmo is the third game in the Pushmo series of games, released on the Nintendo 3DS. The main gameplay gimmicks for this game are the ability to stretch the puzzles in any direction and that the game is free-to-start, with level packs available as paid DLC.

In the fifth level pack, Papa Blox's NES Expo, every stage is based on a sprite taken from an NES game. Two of these levels feature Balloon Fight sprites. 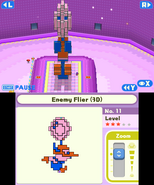 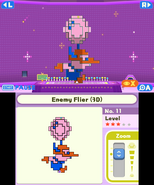 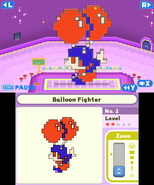