There are two puzzles returning from Club Nintendo Picross which are based on Balloon Fight. Unlike the original puzzles, the versions in this game are Mega Picross puzzles, in which adjacent columns or rows can have hints combined between them. 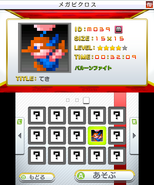 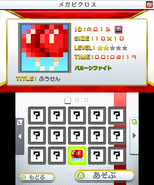