appears in Balloon Kid and and Balloon Fight GB

45
"Cave" is the 7th level of Balloon Kid and Balloon Fight GB, and is the last non-boss stage. In some aspects, it is similar to the Whale level.

The majority of the stage has either spikes on the ceiling or on the floor. This, coupled with the many twists and turns in the stage's path, make it one of the more difficult stages. Most of the enemies present are fire-based, and thus will kill the player on contact. Compared to most stages, it is relatively short. There is only one Bonus Stage Game Boy in the level. 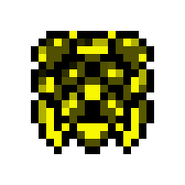