Tingle's Balloon Fight
Balloon Trip Breeze is one of the twelve attractions featured in Nintendo Land for the Wii U.

In this game, the player guides their Mii through a scrolling obstacle course similar to the Balloon Trip mode of the NES game or to the main mode of Balloon Kid. To control their Mii, the player creates gusts of wind by sliding across the GamePad's touch screen. The game is split into 25 levels, starting on Day 1: Afternoon and ending on Day 7: Morning.

The first time that the player completes Day 3: Morning, the game will end and the player will receive a star for the attraction. If the player is able to reach Day 3: Morning on later attempts, they will be able to progress to the remaining levels.

As with all other attractions in the game, there are five stamps the player can unlock by accomplishing specific goals:

Compared to previous entries in the franchise, the variety of items available to the player has been greatly expanded.

There are also several items which the player can carry. These are optional items found on the Rest Islands at the start of a level, and although they will make the player heavier and make them more vulnerable to electricity, bringing one to the end of a level earns the player 10 coins.

This game was released in the pack-in title Nintendo Land, which came with most early Wii U systems. It was featured as one of the 12 park attractions, all of which being based off of a different Nintendo franchise, such as Mario, Zelda, F-Zero, or Game & Watch. 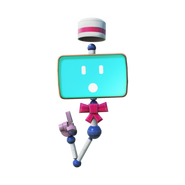