We're Getting Mutants in the MCU - The Loop

The Balloon Man is the protagonist of the Game & Watch version of Balloon Fight.

Use left/right when in the air to move. The "Eject" button is comparable to A or B in most other Balloon Fight games, as it makes you go upward by one space.

He is not to be confused with Balloon Fighter from Balloon Fight (NES).  Instead of using Balloons to fly, he seems to mostly rely on a jetpack. In the manual, it states that Balloon Man is a Sky Patrol working for the Federal Police Department of Sky Metropolis. Before the events of the game, he had fought Oiram Repus, the leader of the Sky Pirates, but was unable to capture him.

According to the box art, Balloon Man has a jetpack, red boots, a red helmet, blue gloves, a mostly white and red suit, and two red Balloons. The red Balloons appear to be for decoration only. However, in the picture to the left of the screen on the system, he appears to have a black helmet, green suit, a white jetpack, black boots and two red Balloons. 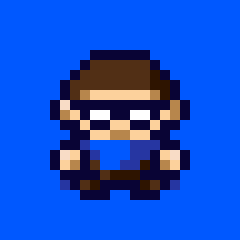