Balloon Fight GB
Balloon Kid is a Game Boy game which expands upon the gameplay of Balloon Trip mode.

The game contains three modes, all of which are comparable to Balloon Trip from Balloon Fight, featuring leftward-scrolling stages. For all modes, the player plays as Alice, with the exception of player two in Vs. Play being Samm. The stages are also taller than the Game Boy screen, with the camera automatically following the player vertically.

The game begins with a scene of Jim floating away, tangled up in several Balloons. Alice then needs to travel through all eight stages, following the trail of Balloons he left behind. Every second stage features a boss fight. When the player clears all eight stages, they then rescue Jim and the credits roll.

This mode can only be played when two players connect their Game Boys with a link cable and two copies of the game. One player plays as Alice and the other plays as Samm. The first player to three points wins, and a player earns one point when the other falls into the water. If both players survive until the end of the stage, the first to reach the ending sign will get a point.

This mode is a recreation of the Balloon Trip mode in the NES game.

The plot is described on page three of the manual and implied in the starting cutscene of Single Play. According to the manual, Alice and Jim enjoyed playing with Balloons, and would often fill the sky with them. One day, Jim filled all his Balloons and tied them together to make a rainbow, but then a gust of wind carried him away with it. Alice then set out to go find him, following a trail of Balloons that Jim released behind himself.

On page 9 of the manual, describing the Vs. Play mode, it states that Balloon Fights are popular in Pencilvania, and that Alice and Samm like to have friendly competitions to see who is the better pilot.

The manual also gives a brief description of Balloon Trip mode on page 10. According to the manual, Alice decided to test her piloting skills by flying over the ocean on a stormy day.

This game was released in North America on October 5th, 1990 at an MSRP of $19.99, and then released in Europe on January 31st, 1991. According to the Japanese gaming magazine Famitsu, there were plans to release the game in Japan for 2600 Yen.[1] Although the original version of this game was never released in Japan, it did receive two Japan-exclusive remakes. The first of which was Hello Kitty World on the Famicom, which replaced all of the characters with Sanrio characters, such as Alice becoming Hello Kitty. Later, on July 31st, 2000, a full color remake of this game was released as Balloon Fight GB. This game has fully colored graphics when played on the Game Boy Color, along with other improvements.

Later, this game would be rereleased in its original form on the 3DS Virtual Console. This port would also only be released in North America and Europe, with Japan instead receiving a port of Balloon Fight GB.

While jumping, while you are still ascending, you can momentarily release and then hold the jump button again, causing a slight stutter in your movement. It doesn't seem that this can increase your jump height. 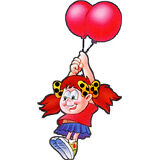